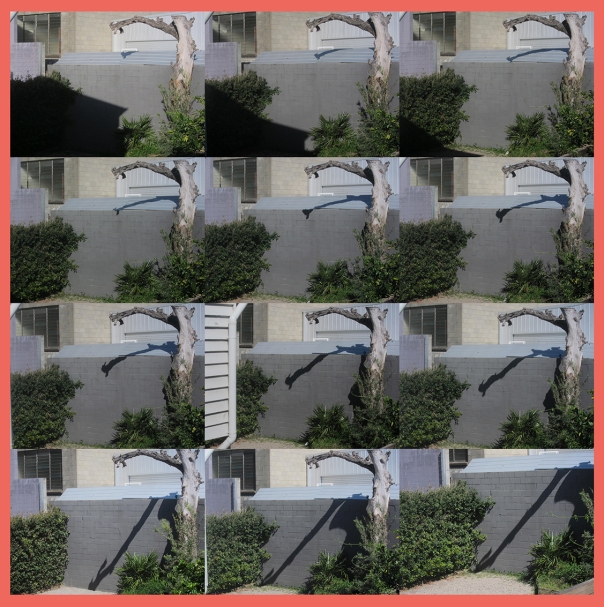 G20 has been and gone. Leaving its remnants in law enforcers weaving traffic, swooping cars and screening pedestrians in obscure back streets near the Yland. For a week this sector took an erratic pulse: one of its main arterial roads became a secured and restricted zone with intermittent road closures causing deeply banked traffic in a high activity transport route.

This is not the panoramic landscape vista or glancing social space of a shopping mall, It’s an urban phenomenon so ubiquitous as to be a category of visual environment all its own. A screen world, seated, air-conditioned, a kind of short before the program or after as a credit roll conversation.

This area we’re calling the Yland is experienced by most people as a matter of minutes. That is, it’s more a matter of when you’re in it than where you are in it; before the plot begins in a movie or afterwards as it’s soaking in. The Yland is a grey area in need of a story, but what kind of a story? Within the sheer physical reality of traffic, it’s force and directional violence, we are seated and have the time frame, just looking for a good plot.

In 2013 we were living in Lyon France for a while. Today I was sliding through some images of Bon Pasteur, a winding city street overlooking the old Roman Circus carved into the hill, and close to where we were living. 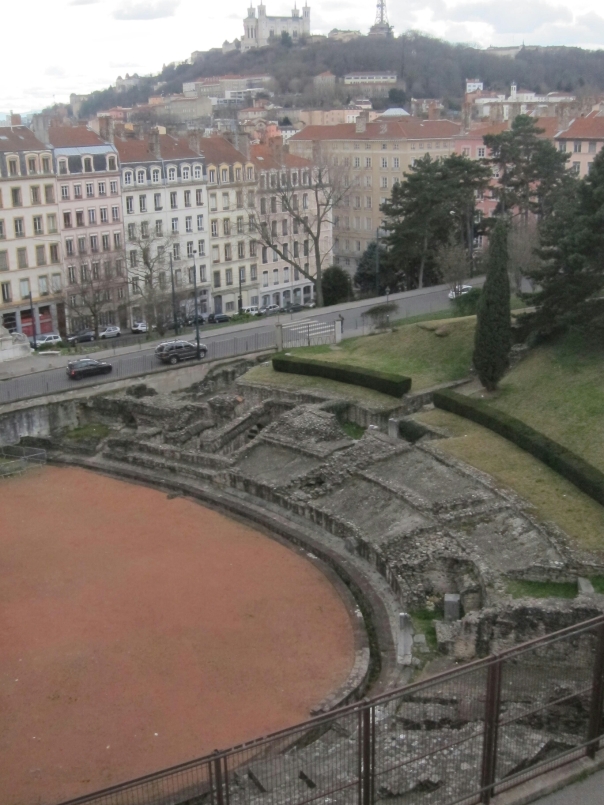 From a brownish toned circular shaped island of dirt, rise several embankments of stone seating above which Bon Pasteur continues the contour shifts up the hill to where the Croix Rousse plateaus. The seating arrangement, as for any large public venue was  constructed to focus the attention onto the central stage from which some form of entertainment was enacted.

I’d like to use this notion to imagine a public art work for the Albion Yland section of Breakfast Creek. The artwork itself exists already in the wonderful (f)act of rising and falling water levels. This breathing mass acted upon each day by moon, sun, tides, courts it’s audience with shimmering surface patterns and fluctuating colours.

What it needs is a place to sit and ponder. On the Sandgate Road side of Yland the concrete retaining bank which was built after the ’74 floods follows the curve of creek and road, while sloping down from street level to below water level. It was built by an old neighbour of ours, Austress, since amalgamated with a French company and relocated.

I’m imaging the old Roman Circus built into the curve below the
Sci-Fleet car yard. The ebb and flow the performance.

The Yland is a quick rabbit run of traffic, any attempt to bring slow and thoughtful public art into this space would be futile, the headspace inside each car swept through here is divided into departments dealing prodigiously with traffic, radio and phone signals, desires, chores and digestion issues. The nature of this flow is that everything metaphorical and visceral is thrown into the mix.

From our dining table to the main Yland thruways is a matter of 50 metres. The current billboard advertising Frankfurter  sausages on the Creek crossing dwarfs the TAB building behind, despite an architectural command from its hillside perch. It was the pillaging tartar himself, Russ Hinze, Minister for racing and everything else in the saddle when this building went up. The notion of Frankfurter tartar, floodwater log jams and dinner plans flicker through this space.

There is a little pocket of space beneath the ICB where the Allison street bridge meets Sandgate Rd at the roundabout.  Unless you were exploring beyond Yowoggera Park on foot, or enjoying the creek by kayak, canoe or boat it is a hidden pocket.

Walking this area for many years now we still experience a thrill coming upon this place, as if we’re unearthing a lost Roman amphitheater or ancient Greek temple. At this end of the Yland there are shiny brut concrete columns extending across the creek supporting the raised motorway of the ICB . Those across the creek flanking the entrance to the headquarters of ad agency GOA have been papered with the flutings of Corinthian columns.

The stones forming the bank of the creek here are not rounded smooth by river water but sharp-edged flinty blue stones appearing as a mosaic of quick ripples, lapping the base of the  columns by the water’s edge.

There is an otherworldliness here and I think of Virginia Woolf filling her  pockets with stones for ballast before stepping into the water. Were the stones water washed and smooth in her palms? Did she carefully choose them one by one, feeling their weight, adding it up, calculating their combined effects? Or were they stones like these stones, their geometry pretend polyhedrons, mathematical straight edges drawn into existence by the crushing process of a machine. In Roman times stones were believed to contain spirits, numina, which were revered for their divinatory properties.